A collection of medieval Swedish narrative ballads in a new English verse translation. The ballads in this book tell tales of love and death, kings and knights, and the supernatural spirits of the water and the woods. These lyrical songs were part of a tradition in Scandinavia that combined folk music and storytelling. These new translations make these medieval Swedish folk ballads accessible to an English-speaking audience.

It was foreseen that Little Kerstin would drown on her wedding morning. Lord Peter sets sail, even though he was warned to avoid the sea. Sir Olof happens upon an elf-dance on the day before his wedding. Little Kerstin falls for the Mountain King and runs away with him to live in the high fells.

Paperback, 58 pages with 4 illustrations. Published 2013. Note that there is no musical score included in this book.

Alternatively, Lord Peter and Little Kerstin can be ordered from Amazon (UK

), or from Wordery, or from your local bookseller.

Lord Peter and Little Kerstin is also available as an ebook through the major suppliers:
Kindle (UK|US) 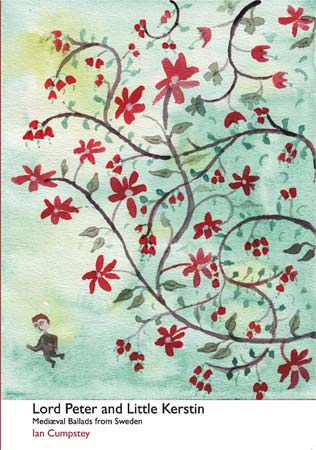